Being a mother is the best thing that has ever happened to me.  It is the only thing in life I ever knew I wanted to be.  With each pregnancy, I wasn’t hoping for a boy or a girl.  I truly just wanted a healthy baby, and God delivered the gender that I needed each time.  I know every baby has his or her “thing”.  For Vanesa, she was highly allergic to lactose.  Her pediatrician recommended Nutramigen, and my poor baby girl still could barely stomach that.  It came to a culmination one night where her vomiting was so severe, I had to loudly tell my dad to call 9-1-1 because she wasn’t breathing due to her choking on the vomit.  It’s weird how panic freezes everyone in chaotic situations.  Looking back, I remember my mother buckling and crying, my dad looked like a deer in headlights, and godmother couldn’t move from her chair.  Not Momma Bear, though.  I admit I was hysterical.  I’m sure you can imagine a scared shitless young single mother frantically crying and violently patting her beloved 9 month old daughter on the back to clear the vomit from her airway.  It was a crazy, save my baby-survival mode type of instinct that kicked in.  The CNA license I earned from Coppin State University’s Nursing Program came in handy, too!!  And, somewhere in there I yelled at my dad to snap out of it and call an ambulance.  I didn’t have time to pass out or anything in the 10 minutes this all transpired lol.  Aside from chronic acid reflux due to her intolerance to milk and that one terrifying night, Vanesa was a pretty easy baby.

Bubsie (better known as Sebastian), however, is on a whole other level from Vanesa.  If you follow me on Instagram (@serenafloo), then you have seen Sebastian grow from a healthy infant to an off the charts toddler.  Sebastian is on the verge of being 6’7 and 285 pounds.  He has consistently scored between 99.6 to 100 percentile on his growth charts.  I’ve potentially got the next Klay Thompson mixed with a lot of Zion Williamson on my hands.  Y’all just don’t know how hard it has been to get him there and keep him there… 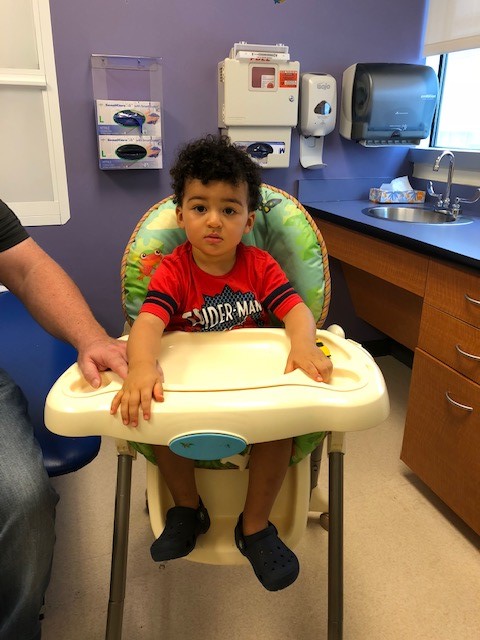 **Sebastian at his KKI consultation.

Sebastian has been diagnosed with a feeding disorder.  It has gotten so severe that he is now a patient at Kennedy Krieger Institute at Johns Hopkins Hospital.  The specialists say he needs feeding therapy.  I often ask myself how did this happen?  How does this happen?  What in the world is feeding therapy?  Is it invasive?  Was breastfeeding him until he was 18 months a mistake?  I had this guilt thing because I gave up on breastfeeding Vanesa because I couldn’t juggle it with 2 jobs and 22 college credits.

He was introduced to food from the time he was 4-6 months.  But he refuses to eat ANYTHING that is not the consistency of Gerber Stage 2 foods.  If it isn’t pureed to the smoothest consistency, he gags, which turns into him violently vomiting to get the chunky contents out of his mouth.  I’m sure you are probably saying it’s a texture thing.  Yes, it is definitely a texture issue.  But even more so, it is a mechanical issue.  He doesn’t even really grasp the concept of chewing because he hasn’t exercised those muscles in his mouth.  It’s complex.  It’s frustrating.  It’s expensive.  It’s exhausting watching everyone get frustrated.  But this is his thing.  And, like his sister, I have to nurse him through it.  The good news is I have a wonderful institution and a team of behavioral psychologists and occupational therapists to help get us to the next phase. 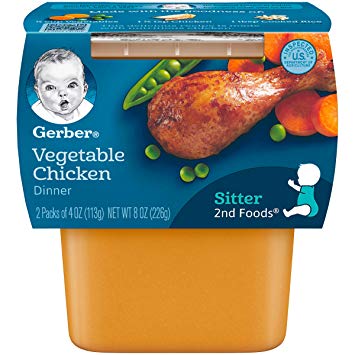 *The only food he eats, aside from baby yogurt.

Thursday, January 17, 2019, was Day 1.  The goal is to take him from the Gerber Stage 2 Sitter food to Gerber Stage 3 Crawler food.  I can’t think past that because I know what’s in store.  You know it’s bad when your child won’t even “chew” applesauce.

So Day 1…  I fed him almost all of his food, and I saved about 6 bites.  In between the last 6 bites, my plan was to trick him by throwing in a spoonful of Crawler food.  The first Crawler bite: he gagged, gagged some more, I kept my voice calm to talk him through it, and then he threw it up.  Sebastian is smart, so with the next bite he was checking the spoon to see if there was any trickery lol.  The next bite he got was Stage 2.  And then the next was that sneaky Stage 3.  This was an instant vomit – everywhere.  It was almost like he wanted to claw his tongue out to remove the chunks.  I didn’t give up.  We went on like this until I got to the end of what was left of the Stage 2 food.  By the time it was all said and done, Bubsie and his high chair were saturated in vomit.  But he had 2 successful bites that I gassed him up on and gave out big high fives.  It was almost as if he resolved because on that last successful bite of the Stage 3 food he swallowed it like a champ. 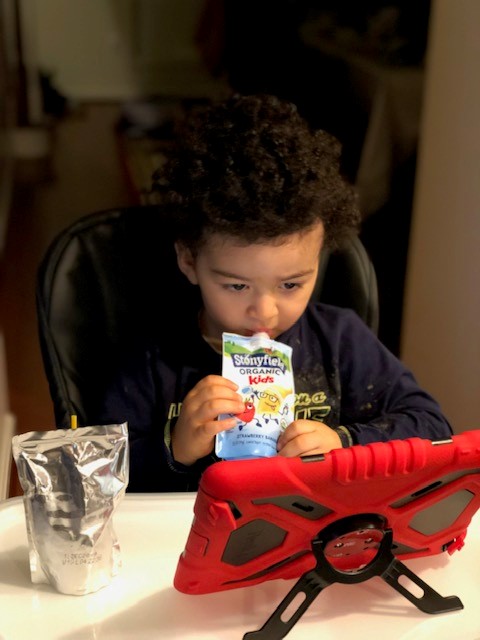 *Shirt and pants stained in vomit after Day 1.

The road ahead is long, but, after Day 1, I am confident he will be eating chicken legs with the rest of his toddler friends in no time. 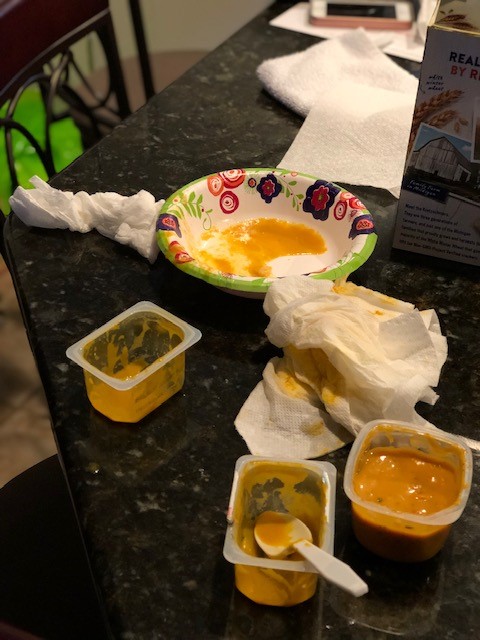 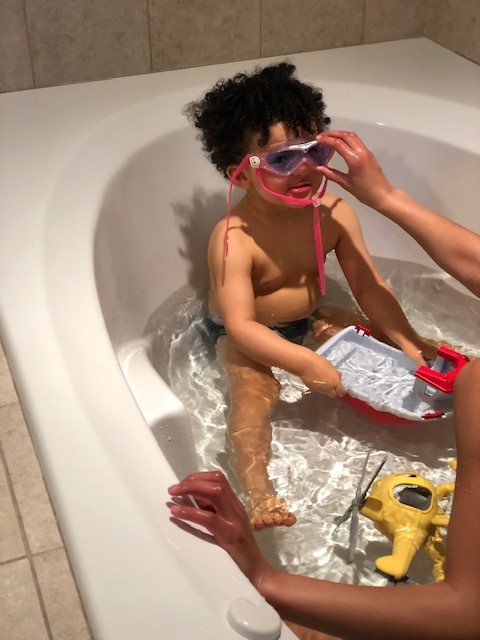 *Swimming with Sissy to make up for my guilt lol.

If you’re interested in pitching your Brand to Mova Blippie, we’d love to hear it! >> Get in touch.

Shop more of my closet on Poshmark